High profile cases in places such as Rochdale, Oxfordshire and Rotherham have highlighted the need for multi-agency partners and police forces to work together and be vigilant; be aware of CSE signs and identify children and young people who are at risk. 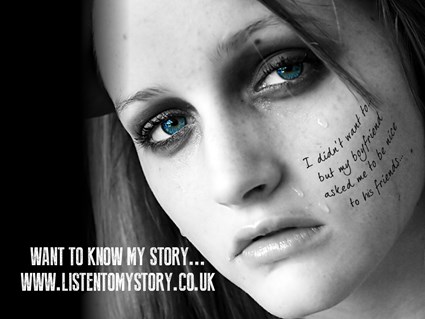 CSE is child abuse and children and young people who become involved face high risks to their physical, emotional and psychological health and well-being.

Safeguarding vulnerable child and young people is the responsibility of all public agencies.

Why are children and young people vulnerable?

The common issues and reasons can be due to a number of factors including a young person’s low self-esteem and a poor self-image.

Young people who run away from home are recognised as being more at risk of being targeted as a victim of sexual exploitation.

Vulnerabilities are identified and targeted by the abuser, whether the young person is living with their family, looked after, away from home or they have run away.

Sexual exploitation can be linked to other issues in a child or young person’s life, and authorities may only have limited opportunities to gain their trust so it is very important that all staff in (INSERT ORGANISATION) are able to recognise the warning signs that a child may be a victim of, or at risk of sexual exploitation.

The following are typical vulnerabilities in children prior to abuse:

The following signs and behaviour are generally seen in children who are already being sexually exploited:

What to do if you think a child is at risk

If you think the life of a child is in immediate danger, please dial 999.

If you are a  healthcare professional take a look at this video that provides advice on identifying the signs of child sexual exploitation in vulnerable young peope produced by Health Education England.

By contrast, CSE by a group involves people who come together in person or online for the purpose of setting up, coordinating and/or taking part in the sexual exploitation of children in either an organised or opportunistic way.