16,000 employees now have access to a domestic abuse 'Champion' 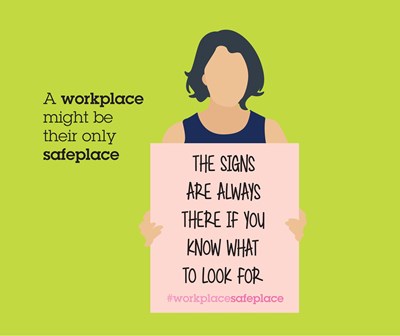 Nearly 16,000 employees across Merseyside now have access to a domestic abuse ‘Champion’ in their workplace, thanks to a scheme launched last year by the region’s Police Commissioner.

Jane Kennedy is today sending a message of thanks to the first 44 ‘Champions’  to join the scheme and the businesses they work for, as she marks the progress of her Merseyside Domestic Abuse Workplace scheme during its first year of operation.

The PCC launched the free scheme, which aims to work with businesses to tackle the cycle of domestic abuse, in April 2019 at an event attended by businesses from across the region and supported by the Metro Major Steve Rotheram.

Since then 28 organisations from a diverse range of sectors, including the statutory, voluntary, private and faith sectors, have signed up and committed staff to take the training to become domestic abuse ‘Champions’. Those organisations range in size from a workforce of 6,000 to a sole trader.

Four specialist courses have been held, with 44 employees volunteering to complete the five days of training. Those volunteers are now forming a network of Champions standing up against domestic abuse across the region.  A further course had been due to be held in March, but due to the restrictions on public gatherings caused by the global Covid-19 crisis it had to be postponed. Nearly 30 volunteers are now on a waiting list to complete the course.

To celebrate the scheme’s success, the Commissioner had intended to hold a special anniversary lunch to thank and congratulate all the newly-trained ‘Champions’ and give them the chance to meet each other and strengthen their network. However, this also had to be cancelled in light of the Coronavirus pandemic.

Jane said: “I want to use the first anniversary of the Domestic Abuse Workplace scheme to give my heartfelt thanks to  all the fantastic organisations who have signed up to join this initiative and the selfless volunteers who have given their time and energy to be trained as domestic abuse ‘Champions’ over the past year.

“While the scheme is still in its infancy, today is a great opportunity to reflect on how far we have come in short a space of time, establishing this important initiative and bringing organisations from a wide range of sectors on board, with many more on the brink of signing up and a waiting list of volunteers ready to take the training.

“It’s disappointing that due to the Covid-19 crisis, the training has had to be temporarily paused and unfortunately our anniversary event had to be cancelled, but even with all these complications there are now 15,735 employees who are working in ‘safe’ organisations across Merseyside with access to a trained ‘Champion’.

"For some people, work may be the only safe place they have, free from abuse and violence, and it is important that employers recognise and understand the hugely important role they can have in helping someone who may be at risk.

“By having a safe space within work, safe domestic abuse policies and properly trained ‘Champions’ who are able to listen and provide the right support and guidance to a vulnerable individual, that employer is in a unique position to help a victim to take those all-important first steps in breaking the cycle of abuse. It could even save a life.

“Domestic Abuse has a profound effect on families at home, but it also costs businesses £1.9billion every year in decreased productivity, time off work and sick pay. I would encourage any organisation which cares about the wellbeing and welfare of its employees to sign up to be part of this fantastic free scheme and make sure their workplace is a safe place for all.”

Any organisation which commits to joining the Commissioner’s free Domestic Abuse Workplace scheme is provided with an extensive domestic abuse policy, a toolkit and materials to promote the scheme within their offices and five days of free training for members of staff who volunteer to become workplace ‘Champions’.

Employers will also be supported to provide a safe space where vulnerable colleagues can talk confidentially to their trained volunteer ‘Champions’, who have been trained with the skills to spot the signs of possible abuse, offer practical and emotional support and ensure colleagues who are at risk are directed to outreach workers or specialist support where needed.

Feedback from the volunteers has been overwhelmingly positive. Margi McGee, who took the training on behalf of leading retail and leisure complex Liverpool ONE said: ““I must say I did have an amateur, maybe even naïve understanding about domestic abuse before the training. However, after completing the specialist training, I feel equipped with the knowledge, understanding and ability to sensitively interview and signpost victims of domestic abuse; ultimately to be a safe ‘go-to’ person… I would fully recommend this training to all businesses, to make all workplaces a place of safety.”

Adele King of Ladykings Locksmith added: “What can I say; what an amazing scheme! Having worked with domestic abuse clients for the past four years, I now have an understanding of everyone’s requirements.  The training was conducted at a reasonable and comfortable pace to ensure everyone in the room received that great understanding. I would encourage any businesses to get involved in this amazing scheme.”

Several ‘Champions’ have also reported how the training has impacted on their approach when working with their customers and clients, which has produced positive outcomes.

One volunteer spoke of a colleague’s relief when she discovered she had a domestic abuse ‘Champion’ in the organisation as she had been “hounded out of her previous job by her stalking ex”.  Over the past eight months, the employee had changed her phone number, moved house and jobs. Six months on, she still lived in fear of him finding out where she worked. She said knowing her organisation had signed up to the scheme, providing her with the opportunity to speak to a ‘Champion’  if necessary meant she felt safer for the first time in a long time.

Get more information about the Merseyside Domestic Abuse Workplace scheme

Alternatively, contact the Scheme Coordinator, Malka Livingstone, on 0151 777 5155 or by email at [email protected]