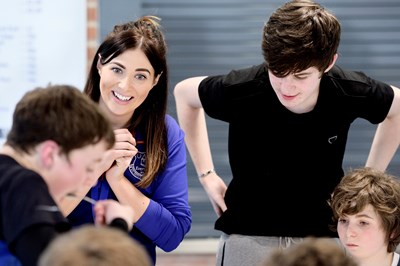 Merseyside’s Police Commissioner has received £3.37 million of government funding to continue the work of the Merseyside Violence Reduction Unit (VRU).

Jane Kennedy first secured funding for the unit in June 2019 and this announcement means Government funding will continue until at least April 2021.

The cash, allocated from the Home Secretary’s Serious Violence Fund, will be used on a number of short and long-term projects aimed at diverting people away from violence, including working with charities, community and voluntary organisations to support children at risk of being excluded from school, criminal exploitation or committing serious violence.

Interventions will be evidence-based to ensure maximum impact and follow a public health approach which sees violence as preventable, not inevitable. This work will be supported by the Trauma and Injury Intelligence Group (TIIG) which is part of the Public Health Institute at Liverpool John Moores and follows guidance from the Commissioner’s Public Health Advisor Prof John Ashton.

Commenting on the news, Jane said: “The work of the Merseyside Violence Reduction Unit is crucial to tackling and preventing the most serious violence which causes the most harm in our communities. I welcome the very good news that additional funding has been allocated to allow the unit to continue this important work until at least April 2021.

“Agencies and professionals across the region are working together to address the underlying causes of violent crime and, in partnership with local communities, looking at the best ways to prevent it from occurring in the first place. Much of this work focuses on interventions aimed at preventing young people from getting caught up in serious violence and giving them a brighter future.

“There are some fantastic schemes now underway, including diversionary activities being run in partnership with Liverpool and Everton football clubs and the introduction of the ‘navigators’ pilot project in Alder Hey Children’s hospital to support young people either at risk of, or experiencing, violence.

“While this funding will be welcomed by all partners and communities across Merseyside, the Government must recognise a real long term funding solution is very much needed, as is further investment to replace the 1,120 officers lost from Merseyside Police due to austerity since 2010. It is also worth noting that this allocation has not been as generous as previously, given the longer time frame for which it has been awarded.”

Merseyside is one of 18 areas which has been awarded a share of an additional £35m to continue funding a specialist unit aimed at preventing violence.