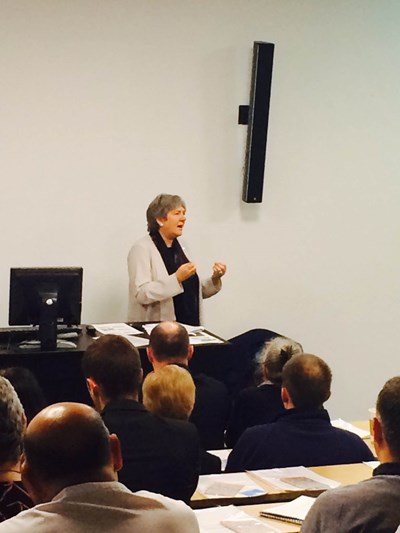 Merseyside’s Police Commissioner has marked World Mental Health Day by hosting a major seminar to raise awareness amongst frontline 'first responders' in the police and other services and promote understanding of mental conditions.

Opening the event, Jane described some of the work already being done by Merseyside Police to reduce the number of people with mental health problems who are kept in police custody.

Jane said: “It is a sad fact that 20% of all calls to Merseyside Police are now mental health related. This places a massive strain on our organisation.

“These initiatives are already saving officers’ time, reducing costs and hospital waiting times but, most importantly, we are trying to ensure that people experiencing mental ill health are given the care and support they need.

“Police officers are often the first to respond to a call for help and that's why it is important they are trained in the best ways of providing care and support for people who may be at their lowest ebb.”