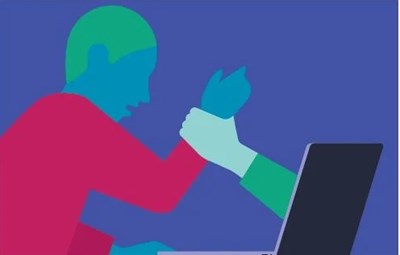 The impact of Covid-19, social isolation and a rise in hateful extremism online is creating a ‘perfect storm’ which is making more young people vulnerable to radicalisation and other forms of grooming.

But parents, friends and families can now get specialist support to stop their loved ones being drawn into harmful activities or groups, with the launch of ACT Early - a new dedicated safeguarding website and advice line from the specialists at Counter Terrorism Policing (CTP).

This new resource will provide advice, guidance and support for anyone who is concerned that someone they know may be at risk from being radicalised by terrorists or extremist content online.

Between 1st January 2019 and 30th June 2020, 17 children have been arrested in relation to terrorism offences. Some were as young as 14 years old, while nearly all will have been radicalised entirely online. In the same time period, more than 1500 children under the age of 15 were helped by the Prevent programme to choose a different path, away from hatred and violence.

Family and friends are best placed to spot the worrying behaviour changes which can indicate that a loved one is heading down a path towards terrorism, but currently just 2% of referrals into the Government’s anti-radicalisation programme Prevent come from that group of people.

Prevent is just that – a preventative programme, delivered locally by teachers, healthcare practitioners, social workers, the police, charities, and religious leaders. It places protection around people vulnerable to radicalisation, stopping them from being drawn into terrorism – regardless of the ideology.

It works in a similar way to safeguarding processes designed to protect people from gangs, drug abuse, and sexual exploitation.

And with Covid-19 limiting regular access to schools, social workers and mental health support, specialists at CTP are concerned that people who need help are not getting it - which makes it more important for friends and family to use the new ACT Early resources to understand what might be happening to their loved one and what support Prevent can provide.

“Last year, 12 children under the age of 18 were arrested in relation to terrorism offences, some as young as 14-years-old. That is a relatively new and worrying trend in the UK, because just a few years ago we were not seeing anyone that young amongst our casework.

“What concerns me most is this – there has been a sharp increase in extremist material online in the last few years, and Covid-19 has meant that vulnerable people are spending a lot more time isolated and online, and with fewer of the protective factors that schooling, employment, friends and family can provide.

“In my opinion that is a perfect storm, one which we cannot predict and that we might be feeling the effects of for many years to come.

“But I remain hopeful, because there is something we can do right now to try and stop this. It requires parents, friends and family to help us by acting early, by talking to their children about what they view online, and sharing their concerns and seeking support if they fear someone they know is in danger of being radicalised.

“Asking for help is a difficult and emotional step, but we must see it for what it is – action which won’t ruin their lives but may well save them.”

Superintendent Dawn McNally, Senior Responsible Officer for Counter Terrorism Policing North West (CTPNW) said:  "We would encourage members of the public, as well as front line professionals, to take a look at this new dedicated safeguarding website, which is there to offer help and support to parents, friends and families.

“Parents, friends and families are most likely to spot changes in behaviour of those closest to them, and are also best placed to work with us to help their loved ones. We understand that seeking help can often be a huge step, but we have highly-trained Prevent Officers who work hard alongside teachers, mental health specialists, Local Authorities and many others to help vulnerable people choose a different path to that of potentially putting themselves and others in harm's way by becoming involved in terrorism".

Someone who knows all about the dangers that extremism and radicalisation can pose is Kath Jack from Families and Extremism Support, whose son was convicted of being a member of the proscribed Right Wing Terrorism group, National Action, after being radicalised online and who now works to help other families in similar situations before it is too late.

Kath said: “My son is now trying to rebuild his life in prison after being drawn down a path by extremists. But his story could have been so different if I had had advice and support like this available to me. I did know something was going wrong in his life but didn’t know enough about what it was, how to talk to him about it without arguments or where to go for help. When the police did try to intervene he refused to engage with them because by then it was too late.

“So I would encourage any other mums, dads or wider friends and families to Act Early and seek help and support. The police and other services can help turn lives around if you tell them what’s going on soon enough.”

If you are worried that someone you know is being radicalised, visit Actearly.uk.  You won’t be wasting our time and you won’t ruin lives, but you might save them.

For help and advice visit www.actearly.uk, or call the national Police Prevent Advice Line on 0800 011 3764, in confidence, and our specially trained Prevent officers will listen carefully to your concerns.