Covid-19: Merseyside’s community spirit is ‘stronger than ever’ as PCC marks Volunteers' Week 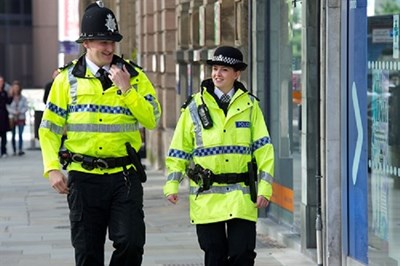 Merseyside’s community spirit is ‘stronger than ever’ said the region’s Police Commissioner at the beginning of National Volunteers’ Week, as shown by the public’s response during the Covid-19 crisis.

Volunteers Week is an annual celebration, held every year from 1st – 7th June, celebrating the contribution of millions of people make across the UK through volunteering. While the coronavirus has put a stop to some of the fantastic activities some volunteers usually do, many public-spirited individuals are finding new and innovative ways to make a difference in their communities and support vulnerable people.

Merseyside Police’s Special Constabulary are among those have been going above and beyond the call of duty. Special Constables have been working on average three times the monthly hours expected of them during the coronavirus outbreak. Specials are requested to work 16 hours a month, but Merseyside’s 115 operational Specials have, on average, served 51 hours per month since the restrictions were brought in, with many stepping in to do more after being furloughed from their day jobs.

In other areas of the police work, the Independent Custody Visiting scheme normally asks volunteers to make unannounced visits to custody suites to check on the welfare of detainees. In light of the current restrictions, the Chair of this scheme has adapted this important public service by holding ‘virtual visits’, using modern technology to observe the wellbeing of those held in police custody.

Volunteers are also performing vital roles at the PCC’s Victim Care Merseyside services supporting vulnerable people.  At Daisy Inclusive UK, the charity which runs the PCC’s support service for victims of disability-related hate crime, volunteers have been helping to deliver food parcels and essential items, run a prescription collection service and carry out welfare checks to support socially-isolated, vulnerable and disable people throughout the crisis. Within the team two volunteers, Ashlyn Gallagher and Ged Starky in particular, have worked tirelessly to prepare and distribute food, as well as recreational and educational resources for children and young people.

Victim Support, who run the PCC’s Vulnerable Victims Service have a team of 12 volunteers who have been checking on the welfare and providing support to victims of crime who are most in need, including providing emergency food vouchers for those who have been left without as a result of crimes including domestic abuse and arson. 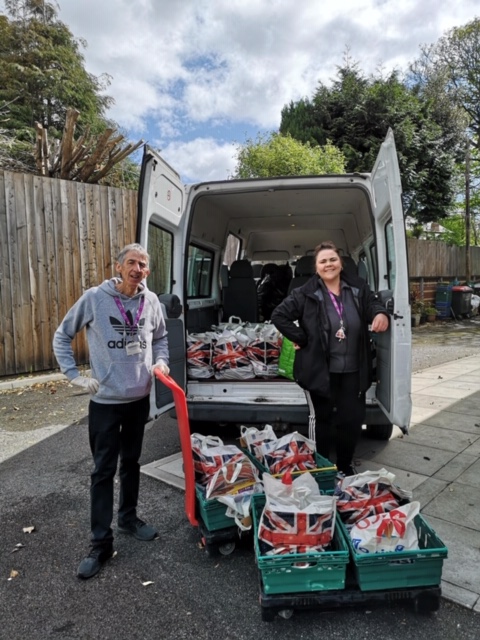 Volunteers are also supporting charities and community groups across Merseyside to support those in need during the pandemic. One such example is Litherland Youth & Community Centre (the Boysie) who have worked alongside the L21 Community Network to lead a fantastic community response to Covid 19, from collecting donations for the food bank and delivering to those in need across the area, to delivering potted plants to members of the senior luncheon club. The group are working alongside Sefton Council and donating plants as part of #ShowThemYouCare campaign, while also providing quizzes, recipes and advice through their Facebook account.

On the Wirral, Community Action Wirral have developed a portal for people to volunteer during the crisis in addition to their normal opportunities, with nearly 900 people signing up to lend a hand to others and 250 people already being placed in community support roles at 23 different organisations across the borough.

Merseyside’s Police Commissioner Jane Kennedy said: “Volunteers’ Week is an opportunity to say thank you to the tremendous contribution hundreds, if not thousands, of volunteers who make across Merseyside throughout the year.

“At a time when the whole country is experiencing exceptional, unprecedented challenges, the vital contribution volunteers’ play is more crucial than ever – from our Specials and citizens in policing, to our Custody Visitors and community champions at charities and groups across the region, we are so fortunate here on Merseyside to have an army of heroes who demonstrate our region’s community spirit is stronger than ever.

“These dedicated and loyal volunteers perform vital work in the world of policing, but also supporting victims of crimes and their communities. The role they play is a crucial one and I am taking this opportunity to applaud and thank them for their time, effort and selfless commitment to society.”

Find out more about becoming a Special or volunteering at Merseyside Police here.