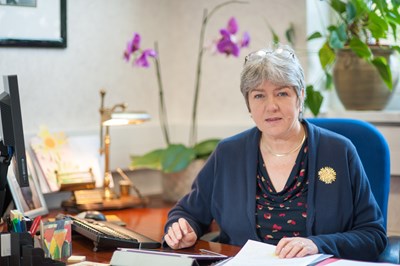 Merseyside's Police Commissioner Jane Kennedy is giving her support to a scheme which helps to ensure victims of child sexual abuse get the justice they deserve.

The Child Sexual Abuse Review Panel (CSARP), which is a joint enterprise between the National Police Chiefs’ Council (NPCC) and Crown Prosecution Service (CPS), looks again at cases where a victim or survivor feel the decision to take no further action (NFA) in an investigation was unjust and would like the result to be reconsidered.

The panel, which was set up in June 2013, consider whether the approach taken by the police or CPS was wrong and advises whether the allegations should be reinvestigated and/ or reviewed.

To do this, the panel looks at the information requested of and provided by the relevant police force or CPS area, to decide whether to advise that the original decision was correct or if further action should be taken.

If the decision is made to reinvestigate or review the case, it will be referred back to the police force or CPS area from where the case originated for them to decide on the action to be taken.

If the panel agrees with the original decision to take no further action, the victim or survivor is informed by letter with specialist help and support provided or signposted. There is no appeal point beyond the panel.

Since being set up, 184 cases have been referred to CSARP. Of these,

Of the 143 cases that were reinvestigated or reconsidered,

The remaining 35 cases are recorded as either having insufficient details, resulted in NFA due to victim disengaging with the investigation or are recorded as unknown (24%).

Now, a short video featuring former footballer and child sexual abuse victim, David Lean, has been created to raise awareness of CSARP and ensure victims and survivors are aware of how they can refer their case to the panel. 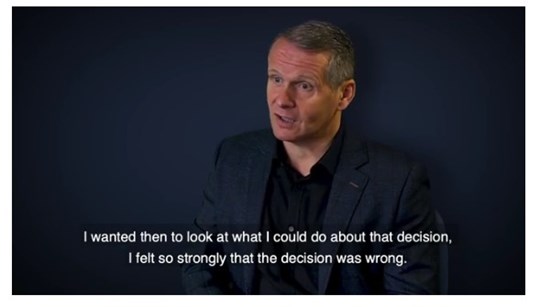 David, who was abused by football coach Barry Bennell in 1980, referred his case to CSARP in 2013. The panel made the decision for police to reinvestigate, which resulted in Bennell being charged.

In the video, David speaks about his experience with the panel, why he is supportive of the work they do and why he is encouraging victims and survivors to refer their case, if appropriate.

David said, “If you are not able to move on because you have this anger, this bitterness inside you from your case being dropped five, six years ago or longer, I would recommend you go through this system.

“Without the panel, there wouldn’t have been a second look at my case. There is no guarantee that your case will be reinvestigated and yes, it will be difficult, but it could change your life. It changed my life.”

NPCC lead for Child Protection, Chief Constable Simon Bailey said, “We have listened to the experiences of victims and survivors and we are doing our best to ensure that today, they can be confident that if they come forward to police they will be treated with empathy, their report taken seriously and a proportionate investigation will follow.