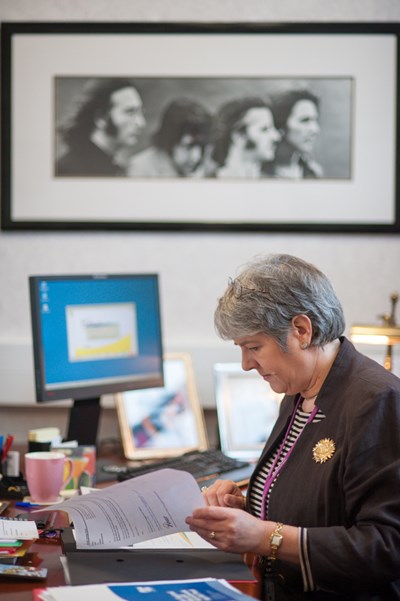 From today (Saturday 1st February 20202) Merseyside’s Police Commissioner will have a new role in the police complaints system.

The Home Office has introduced legislation that will change how complaints made against the police are handled, whilst also making changes to the discipline system for officers.

Whilst complaints will continue to be dealt with by Merseyside Police’s Professional Standards Department, from today (February 1st) the Police and Crime Commissioner will take responsibility for complaints appeals - when a member of the public is not content with the outcome of their complaint. At the moment appeals are dealt with internally within the force.

From next month, all complaint reviews will be dealt with external to the police force either by the PCC or by the Independent Office of Police Conduct (IOPC).

Police forces and the IOPC will also need to write to the PCC when any investigation has taken more than 12 months to explain the reason and set out how they plan to conclude the investigation. This will then be reviewed every six months.

Legally Qualified Chairs, who are appointed by the Police Commissioner already to preside over serious police misconduct hearings, will also be given greater powers to manage hearings more effectively. This includes greater flexibility to hold pre-hearing conferences to avoid issues potentially arising at the hearing which may lead to lengthy delays.

Jane said: “These changes to the police complaints and disciplinary system made by the Home Office are far reaching and complex and have required significant preparation and planning.

“Police Commissioners were brought in to improve oversight and transparency while providing a voice for communities on policing. These changes provide some improvements, but there are risks too.

“There is a risk that public expectation is raised beyond what either the police force or I can deliver. Resource are still very tight and sometimes decisions are made that disappoint some members of the public. It is crucially important that Merseyside Police, through their local policing team and the Professional Standards Department respond quickly and efficiently where legitimate complaints about the level of service are made.

“To meet these new responsibilities I have appointed a Complaint Review Adjudicator who is due to join my office next week. This means my team has had to expand slightly, but this is necessary in order to maintain and continue the scrutiny required.

“It is vital our police service has the highest standard of integrity at all times. This is essential for the maintenance of public confidence. Complaints must be resolved in the right way at the right time. I already have responsibility for assessing and resolving all complaints made against the Chief Constable. I also monitor complaints within the force very carefully through high-level Force Inspections meetings and through audit inspections. As a result, I have a high degree of confidence in the Force’s Professional Standards Department – a view endorsed by inspectors from HMICFRS.

“In those unfortunate cases where members of the public feel they have not been dealt with appropriately first time, proper recourse is essential.”

Central to the reforms is the introduction of ‘Reflective Practices’, bringing the police in line with other services where minor mistakes are not punished but rather used as an opportunity to learn. In particular, the threshold for misconduct will be raised, with the aim of making the discipline system for low-level wrong-doing, in other words, behaviour which falls short of the expectations of both the public and the police service, more proportionate and encourages a greater focus on reflection, learning and improvement.

By dealing with minor misconduct through ‘reflective practices’, it is intended that less time is spent on unnecessary investigations, allowing forces to focus on resolving significant complaints more quickly.

Jane added: “The vast majority of officers serve the public to the highest standards and when minor mistakes are made it is only right an individual has the opportunity to learn from it, improve and develop, rather than being overly-penalised for a low level error. This does not change the fact that very robust action will be taken, as it is now, when serious misconduct has taken place.”

From February 1st, the public will also be able to complain about the way a police force acts - not just an individual member of staff.

The reforms will also give the IOPC increased powers to investigate incidents, without a referral from the force, reinvestigate closed cases and investigate allegations against Chief Officers.

Find out how you can request a complaint review here.