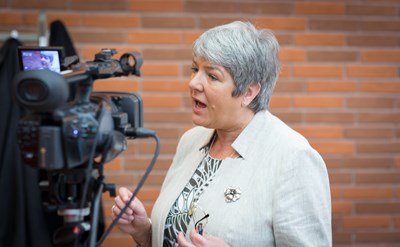 Nearly £550,000 of funding has been secured by Merseyside’s Police Commissioner to crackdown on burglaries and robberies and make the streets of Birkenhead safer.

Jane Kennedy has been awarded the money from the Government’s Safer Streets fund after working with Merseyside Police and Wirral Borough Council on a joint bid aimed at cutting crime and improving safety in one of the region’s most deprived areas.

The money will be used to improve security in the ‘North End’ of Birkenhead, which has been a hotspot for burglaries and other acquisitive crime in recent years, using measures proven to prevent crime. This includes installing 30 new locked alley gates between housing rows, improving street lighting on all main roads in the area, as well as upgrading and repairing CCTV and infrastructure during the next 18 months.

The funding will also be used to carry out 20 ‘days of action’ to clean up the area and fix long-standing problems, such as repairing broken lighting, seats and benches, bins and railings, all with the aim of making the streets safer for its 8,400 residents.

Jane Kennedy said: “Birkenhead has endured a tough time in recent years, with major economic pressures and significant levels of deprivation recorded. Figures show the rates of burglary and other acquisitive crime have been higher than the national average over the last three years, an issue residents are unsurprisingly extremely concerned about.

“When the Safer Streets Fund was announced by the Government, I considered several different projects across Merseyside, but following consultation with Merseyside Police and the Local Authorities, it was clear there was a real and pressing need to address the issues faced by residents in Birkenhead. It was also clear from the proposals that some straightforward, long-term solutions could be put in place relatively easily that would make a genuine difference, preventing crime and making their streets safer.

“I am delighted that we have been able to secure this significant investment for the area. In combination with the Council’s bold regeneration plan  - one of the largest in the country - this funding will help to rejuvenate northern Birkenhead, making it a safer, healthier, more pleasant environment for the decent, law-abiding people who live there, forging stronger communities and helping to breathe new life into the town.”

Councillor Tom Usher, Wirral Council’s Cabinet Member for Children, Families and Education, said: “The North End of Birkenhead has faced significant challenges over a number of years, but the community spirit remains strong with a growing focus on regeneration, opportunity, and tackling crime.

“The council and its partners have big things planned for the area during 2020 and beyond, working alongside those who live in the area and know it best. This money will help to kick-start this work by improving security and helping residents to feel safer - offering hope and confidence for brighter years ahead.”

Wirral Community Policing Superintendent Gary O’Rourke said: “We have invested significant resources in the area in recent years, with extra patrols on streets and operations targeting burglary, drugs offences and serious and organised crime which have secured convictions and are driving down burglary rates.

“While we have responded to the issues the town has faced, the dedication of our officers can only go so far and we welcome the introduction of more alley gates, improved lighting and CCTV to support our efforts. The measures will all help deter criminals and, perhaps just as importantly, it will make residents feel safer.

“We all want to see Birkenhead back to its best and these upgrades are sure to make for a more pleasant and safer environment for everyone to enjoy. I hope the area will go from strength to strength.”

The £25m Safer Streets Fund was launched by the Home Secretary in October 2019 and opened for bids in January this year with the aim of helping to tackle burglary, theft and other offences in crime hotspots, following a 14% increase in acquisitive crime nationally.

Bids were evaluated against a set criteria and PCCs were asked to outline a plan to reduce crime within a local crime hotspot, demonstrating value for money, evidence of community engagement and long-term sustainability.

Took a look at the map below to find out the area for the Wirral Safer Streets project: 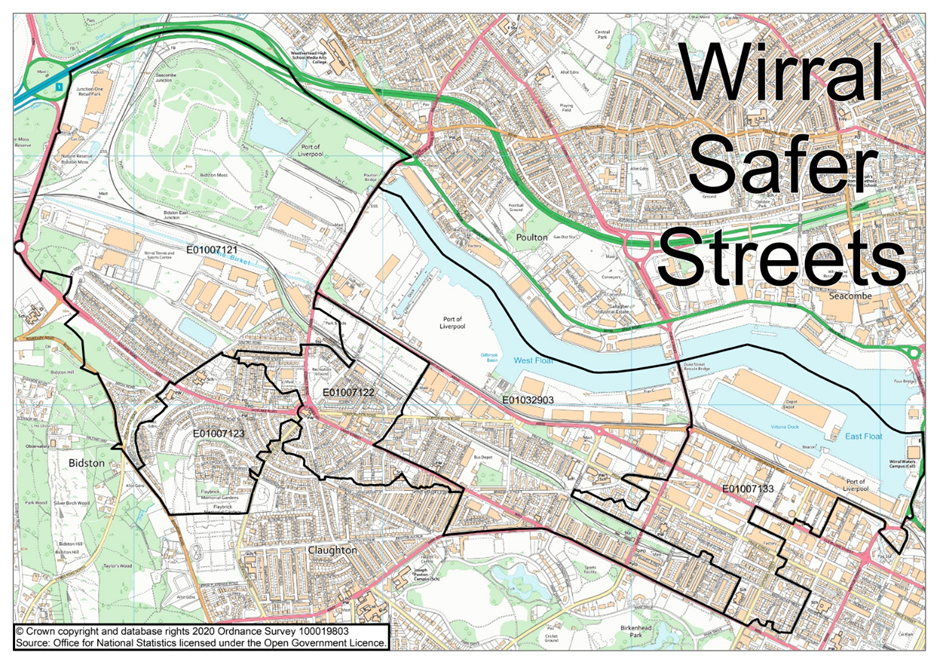