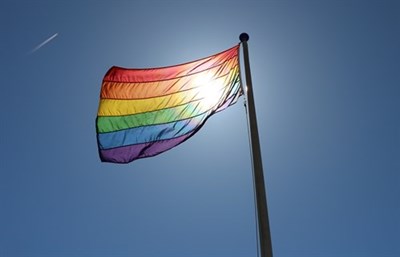 Merseyside’s Police Commissioner has urged people to speak out against hate crime as she marks International Day Against Homophobia, Transphobia and Biphobia (IDAHOBIT) today.

IDAHOBIT is held around the world on May 17 to commemorate the day in 1990 when the World Health Organisation finally removed homosexuality from its list of mental disorders.

As it has done for the last 10 years, Merseyside Police will raise the rainbow flag, sometimes known as the ‘freedom flag’, above police headquarters in Canning Place to mark the awareness day.  The flag has been a symbol of gay and lesbian pride since the 1970s.

The theme for IDAHOBIT 2020 is ‘breaking the silence’. It aims to encourage tens of thousands of people to speak up, make sure their voice is heard and come together in one global day which spreads hope and solidarity to members of the LGBTQ+ community, particularly those living in countries where same sex relationships remain illegal and who continue to live with oppression every day.

Merseyside’s Police Commissioner Jane Kennedy said: "IDAHOBIT is an important day in our annual calendar and this year’s theme of ‘breaking the silence’ is particularly fitting given the current lockdown situation, when we know some members of the LGBTQ+ community may feel unable to be themselves or speak out about the abuse they are suffering.

“I would like to remind anyone who has been targeted because of their sexuality or gender identity, you are not alone. Merseyside Police takes incidents of homophobia, biphobia and transphobia extremely seriously and they will take robust action against anyone caught carrying out acts of hate. I hope people will see the rainbow flag flying proudly over Merseyside Police headquarters and recognise it as an act of solidarity and support, giving people the confidence to speak out if they are in need.

“For anyone who – for any reason - still does not feel comfortable talking to the police, independent charity Stop Hate UK are also available 24/7 to take reports of a hate crime, provide help and guidance and ensure victims can access support.

“Through the Victim Care Merseyside service, Citizens Advice Liverpool also offer a dedicated support service for all victims of LGBTQ+ hate crime across Merseyside and are on hand to provide practical, social and emotional help."

To report a hate crime to the police call 101, or contact them on twitter at @MerPolCC. In an emergency, always call 999.