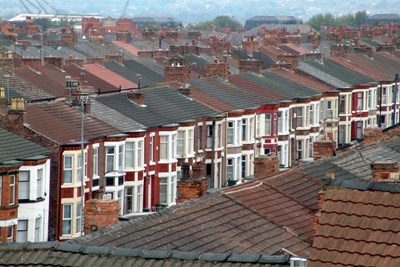 Merseyside Police is hosting a Safer Streets Facebook Watch Party later this week to update residents in North Birkenhead about the £550,000 project.

Led by Inspector Tom Welch, the Facebook Watch Party will take place between 12pm and 12:30pm on Thursday, December 17th and will also include Bob Little from Wirral Council, Eve Barrett from the North Birkenhead Development Trust and Keelan Early from Cradle 2 Career.

Merseyside Police and Crime Commissioner Jane Kennedy was instrumental in securing £549,700 from the Government’s Safer Streets fund after working with Merseyside Police and Wirral Borough Council on a joint bid aimed at cutting crime and improving safety in North Birkenhead.

The money will be used to improve security in the ‘North End’ of Birkenhead using measures proven to prevent crime including the installation of new locked alley gates between housing rows, improving street lighting on all main roads in the area, as well as upgrading and repairing CCTV and infrastructure during the next 18 months.

The funding will also be used, as soon as it is deemed safe due to Covid-19, to carry out 20 ‘days of action’ to clean up the area and fix long-standing problems, such as repairing broken lighting, seats and benches, bins and railings, all with the aim of making the streets safer for its 8,400 residents.

Insp Welch said: "We wanted to do something to update the residents of North Birkenhead about the exciting plans we have in place to improve the area.

"The Facebook Watch Party is an opportunity for residents to ask us questions and give us feedback about the plans.

"Together with our partners we're looking forward to seeing significant improvements in North Birkenhead following this substantial investment from the Home Office, which will offer brighter years ahead to those living and working in the area."

The £25m Safer Streets Fund was launched by the Home Secretary in October 2019 and opened for bids in January this year with the aim of helping to tackle burglary, theft and other offences in crime hotspots, following a 14% increase in acquisitive crime nationally.

Bids were evaluated against a set criteria and PCCs were asked to outline a plan to reduce crime within a local crime hotspot, demonstrating value for money, evidence of community engagement and long-term sustainability.