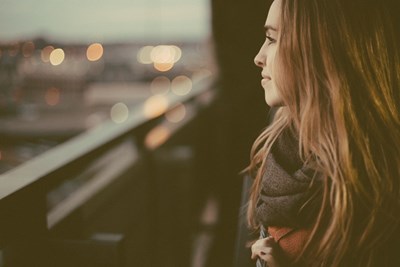 Twenty-four organisations which support victims of domestic abuse and sexual violence across Merseyside are set to benefit from a share of nearly £500,000 of extra funding, secured by the region’s Police Commissioner and made available in response to the epidemic.

Jane Kennedy was awarded a total of £498,885 to fund services supporting vulnerable victims through the Covid-19 crisis, as part of the Ministry of Justice’s recently-announced package of additional funding for victims.

Following a detailed assessment process, the Police and Crime Commissioner (PCC) has today (Thursday 25th June) announced the 24 charities and social enterprises which have been allocated a share of the extra funding, which will help them meet the additional costs caused by the pandemic and to cope with any surge in demand.

From the funding, the Commissioner has awarded £231,000 to the region’s five local authorities, who will in turn provide this funding to eight domestic abuse support services which they are already working with in their own areas, including Local Solutions and the Liverpool Domestic Abuse Service, Tomorrow’s Women Wirral, Sefton Women's and Children's Aid (SWACA) and Torus in St Helens. A further £10,000 has been allocated to the PCC’s Victim Care Merseyside partners, Victim Support and Savera UK, to enhance the support they offer to vulnerable victims and victims of honour-based crimes respectively.

A further £137,400 will be shared between eight additional domestic abuse services, not previously commissioned by the PCC or the Local Authorities, to enhance the support services they provide. This includes more than £15,000 for women’s refuge AMADUDU in Liverpool, £25,000 to Sefton-based women’s organisation Venus, which provides counselling and support services to domestic abuse victims, and more than £23,000 to established women’s mental health and domestic abuse charity the Chrysalis Centre for Change in St Helens.

An additional £120,500 has been allocated to seven organisations working to support victims of sexual violence, with approximately £47,000 of that money being awarded to RASA Merseyside and RASASC, who already jointly deliver the PCC’s pan-Merseyside dedicated aftercare support service for survivors of rape and sexual assault. A further £9,000 has been allocated to social enterprise Catch22 to help them deliver their crucial work supporting victims of child sexual exploitation.

Other beneficiaries include Birkenhead-based charity WEB who provide one-to-one therapeutic counselling services for men and women who have been victimised by sexual violence or domestic abuse, social enterprise PSS to help run their Ruby project, which offers a package of support for vulnerable victims, and Changing Lives who will use the funding to provide additional outreach work to support sex workers who are further at risk during the crisis.

Granby Somali Women’s were the only organisation to receive funding to deliver services to victims of both domestic abuse and sexual violence. They received a total of £31,950 to increase the hours they can offer their services and to buy additional IT equipment to improve their remote response.

Merseyside’s Police Commissioner Jane Kennedy said: “I am pleased to be able to announce this additional funding for 24 fantastic charities and social enterprises which are doing crucial work supporting some of the most vulnerable victims of crime across Merseyside.

“These 24 organisations have been operating tirelessly throughout this global pandemic to continue to provide guidance, care and support to victims of some of the most harmful and damaging crimes. Sadly, some of these organisations have already seen an increase in demand for their services, while others have struggled with staff absences or a lack of appropriate equipment to work remotely. Supporting victims of domestic abuse or sexual violence is incredibly demanding work at any time, let alone when exacerbated by the extraordinary challenges created by Covid-19.

“This much-needed additional funding will help these charities and social enterprises not only to continue to deliver these essential services, but hopefully also to enhance the support they can provide during these testing times, ensuring vulnerable victims are not left to suffer alone and can access vital support as they cope and recover from their traumatic experiences.”

The money is part of a wider £76m funding package provided by the Government with the aim of supporting victims and survivors of domestic abuse, sexual violence, vulnerable children and their families during the Covid-19 pandemic.

Please find below details of how this funding was distributed, broken down by funding strand: