PCC’s office moves to permanent base in Mather Avenue 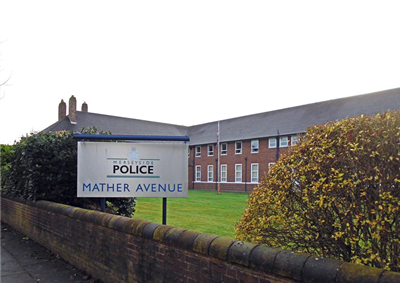 Jane Kennedy’s team have been temporarily located in vacant space in Wavertree Road Police Station following the sale of Allerton Police Station in August 2018. The sale enabled the Commissioner to raise more than £1m for Merseyside Police, following substantial interest in the prime site on Rose Lane.

The Commissioner was unable to move directly into her new office in Mather Avenue due to major work being undertaken to modernise and update the building in preparation for it becoming the Force’s primary training centre. The refurbishment has include creating a new lecture theatre, conference space and training classrooms for new recruits and to meet the on-going training demands of the force.

Now that the 12-month refurbishment project is complete, the Office of the Police and Crime Commissioner can move into its permanent new base, ahead of new recruits beginning their training on site later this month.

Jane said: “Allerton Police Station was a beautiful old building in a prime location, however it was more than half empty and no longer used by the force. I took the decision to move my office out of the building so that it could be put on the market to generate much needed capital for Merseyside Police. I’m pleased that decision, not only raised more than £1m for the force, it also saved approximately £56,000 in running costs – money which year on year can go straight into frontline policing.

“Since then, my team have been based in temporary offices in vacant space in Wavertree Road Police Station as a stop gap while a major refurbishment of Mather Avenue was carried out. I’m delighted that work is now complete and we can finally move into our permanent new base.

“The completion of this project means that Mather Avenue is now ready to be used to train Merseyside Police’s new recruits and existing officers and staff in facilities which are modern and fit for purpose. As we prepare to welcome 210 new recruits into the force over the next three months, this facility will help to ensure those joining are ready to serve the public and fight crime now and in the future.”

The sale of Allerton Police Station, which had been closed to the public since 2011, was part of the PCC’s 10-year plan to update and modernise the Force’s ageing buildings, with the aim of saving £2.5million every year on the cost of running the police estate – protecting 65 police officer posts each year.

More than 200 expressions of interest were received about the police station, after it was put on the market alongside the old fire station on Mather Avenue in a joint plot of 0.96 acres in October 2017. Following a detailed evaluation of the final 24 bids submitted by both Merseyside Police’s estates team and Merseyside Fire and Rescue Authority (MFRA), the joint site was sold to housing association Liverpool Mutual Homes who submitted the highest unconditional offer.

The new postal address for the Office of the Police and Crime Commissioner will be:
Mather Avenue Training Centre,
Mather Avenue,
Allerton,
Liverpool,
L18 9TG.