The Youth Advisory Group (YAG) members helped to shine a spotlight on the issue of mental health and encourage other youngsters to talk more about openly about the subject. They also helped to promote the support and care that is available for young people suffering mental ill health and reassure those affected that they are not alone.

World Mental Health Day is the annual global celebration of mental health education, awareness and advocacy, supported by both the United Nations and World Health Organisation. This year’s theme was Dignity in Mental Health and it was marked in more than 100 countries with the aim of raising awareness, promoting mental well-being and challenging stigma.

In Liverpool, the day was celebrated for the sixth time with a free festival of events and activities, including music, dance, art, comedy and film, advice and information, with Williamson Square acting as the main hub for the event and other events taking place across the city.

Alongside the PCC’s team and young advisors, there were stalls hosted by a whole range of partners from the health, voluntary and community sector. The Commissioner’s team used the opportunity to promote the Victim Care Merseyside website which offers advice and support for victims of crime and the 24/7 hate crime helpline provided by independent charity Stop Hate UK.

Jane said: “World Mental Health Day was an opportunity for us all to raise awareness of mental health issues, promote the help and support services that are available and bring this often hidden subject into the open to help end the stigma that can still be experienced.

“Members of my Youth Advisory Group were really keen to play their part and, in particular, to get other young people talking about this important issue. It speaks volumes that they gave up their free time over the weekend to do so at the World Mental Health festival.”

YAG members Erika Tomkova and Radka Juhasova said: "We don't think that there is enough support for teenagers with their emotional difficulties. We youngsters struggle with so many feelings which even for us are hard to understand. Also being foreign is not helping." 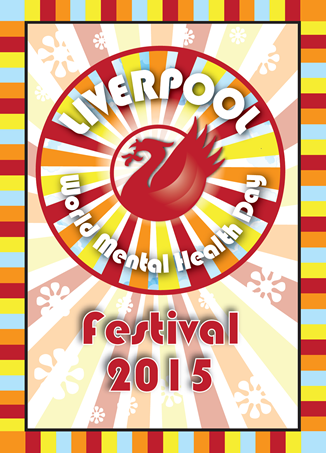 The Commissioner also supported the festival by writing an article for the World Mental Health day magazine in which she spoke of her support for the awareness day and highlighted the pivotal role the police play caring for those suffering mental health crisis.

She said: “It is a sad fact that more than 20% of all calls for assistance to Merseyside Police have mental health as the cause and officers are very often on the frontline of care. These calls often don't appear in the crime statistics, but nonetheless the police have to respond.

“A prison cell is never the right place for anyone suffering a mental health crisis. It is vital that people suffering from mental ill health get the right support and care, at the right time and in the right place. This can only be done if all the agencies, the police, NHS and all their partners pool resources and work together. I am pleased to say we are doing that very effectively here on Merseyside.”

Merseyside Police leads the way on caring for those in mental ill health and is committed to ensuring no-one in mental crisis is detained in a cell.

The Force has a dedicated mental health liaison officer, a team of mental health nurses from Mersey Care NHS Trust working within its custody suites and a mental health Triage Car which provides on-the-spot assessment and advice to support people at the moment of crisis.

It has also pioneered an improved assessment system, meaning people who are taken to Mersey Care NHS Hospitals are seen and reviewed far quicker to make sure they get the care they need in a health-based place of safety rather than a prison cell.

Last year the Commissioner hosted a major seminar on World Mental Health Day to raise awareness amongst frontline 'first responders' in the police and other services and promote understanding of mental conditions.