PCC statement on preferred candidate to be Deputy 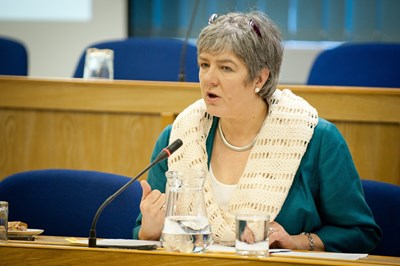 Jane Kennedy has given more detail about why she has chosen to select the former leader of Wirral Council, Phil Davies, as her preferred candidate for the role.

Mr Davies is set to go before the body which scrutinises the PCC's decisions, the Police and Crime Panel, for a confirmation hearing on Thursday 9th April.

Jane said: "I announced, long before the country was hit by the Coronavirus epidemic, that I would not stand for re-election as Merseyside’s PCC and was ready to retire from public life in May. In 2019 the then Deputy PCC resigned from her post after I left the Labour Party. As there was only a year left before my retirement I decided that I would try to manage the workload without going through the normally lengthy process to fill the Deputy’s position.

"The Coronavirus epidemic then struck us and the impact of the emergency has been enormous. The Government was forced to cancel the elections of Mayors, councillors and the PCC which were due to be held this May. This has meant that whilst I planned to carry the vacant Deputy PCC post for a year, I knew I could not manage that over two years.

"I decided, as I am perfectly entitled to do and in compliance with Home Office guidelines, to fill the vacant role of Deputy Police Commissioner. The Deputy will share the burden of the role and cover for me in case I am affected. The role of PCC is not only concerning the oversight of the police but also involves executive decision making that is essential for the full and efficient functioning of the police force.

"As we know, our own Chief Constable has been a victim of the virus and has happily recovered to full health. He did, however, have a Deputy Chief Constable and team of Assistants on whom he could rely completely to ensure the proper functioning of Merseyside Police during the emergency. Even the Prime Minister is not immune and I wish him and his partner a full and swift recovery.

"Given the overwhelming speed at which the epidemic has spread and is affecting us all I decided that the emergency required that the normal recruitment process was truncated.

"I did not consider any of the three declared candidates for the election this year. To have done that would have provided one of them with a platform for a year. I need someone who will concentrate entirely on helping Merseyside and it’s police force through one of the greatest emergencies we have ever faced.

"I was aware that former Wirral Borough Council Leader Phil Davies was recently retired. I knew that he had a good understanding of the role of the PCC. He is experienced and very competent and will be able to step up to the emergency appointment immediately.

"Merseyside’s Police and Crime Panel will consider and comment upon my appointment shortly.

"I am deeply grateful to Phil Davies for agreeing to come out of retirement for this next year to assist me. I owe him an enormous debt of gratitude."