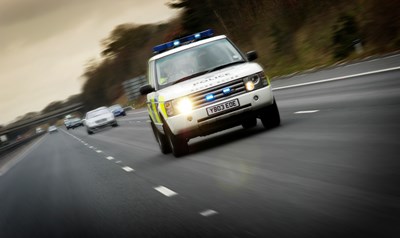 Merseyside’s Police Commissioner has today welcomed a national report which urges a stronger focus and greater resources to be allocated to roads policing.

Her Majesty’s Inspectorate of Constabulary has released the results of its national inspection which found that spending on roads policing has dropped by 34% nationally since 2012. After a steady decline in the number of roads deaths since 1979, the figures show that since 2013 the number of people killed nationally has plateaued and is now starting to slowly increase again.

The report, which calls for a greater emphasis to be placed on roads policing across England and Wales, has been welcomed by Merseyside’s Police Commissioner Jane Kennedy, who made ‘working with partners to improve road safety’ one of her policing priorities in 2017.

Since then, Merseyside has bucked the national trend - recording a year-on-year 10% annual reduction in the number of people killed or seriously injured on its roads, while introducing a range of initiatives to help protect vulnerable road users, including motorcyclists, cyclists, elderly road users and young people.

Jane said: “Every death or serious injury on the roads of Merseyside is one death too many. Far more people are killed on our region’s roads than lose their life to serious and organised crime. That means road safety needs to be taken very seriously and it’s why I decided to make it one of my policing priorities three years ago.

“When I made that announcement in 2017, nearly 600 people had been killed or seriously injured on our roads in the previous year. We are on track to get that figure down to less than 400 this year, but my ultimate vision is that no-one dies or suffers life changing injury on our roads.

“While Merseyside was not inspected for this report, I welcome the push from inspectors for a clear and pressing focus on roads policing nationally to reduce the number of deaths, greater resources to be allocated and the need for clearer guidance from the Home Office and Department of Transport.

“Here on Merseyside, our Roads Safety Partnership and the force’s Roads Policing Unit have worked tremendously hard to reduce the number of people who have been killed or suffered life-changing injuries over the last three years, while other police areas have been registering an increase.

“Our roads have been quieter during lockdown but officers have been out patrolling key routes through the region, running proactive enforcement operations and stopping drivers for flouting speeding and other traffic laws. Between March and May this year, 120 people were prosecuted for speeding offences, including cases where drivers were clocked at 103mph in a 50mph zone and 100mph in a 70mph zone.  During this time, more than 250 people were arrested in connection with drink or drug driving offences.  High profile operations have also been put in place to tackle the anti-social and dangerous use of bikes and have clamped down on taxi drivers who take to our roads under the influence of drinks and drugs or in unsafe vehicles which are putting passengers in jeopardy.

“Merseyside Police have launched an online portal to enable the public to report incidents to them and upload their own video footage.  Cyclists can also report near-misses using the Collideoscope website which is helping us to identify ‘hot spots’. A host of initiatives are also up and running with the aim of better safeguarding some of our most vulnerable road users, including ‘safe pass’ operations to protect cyclists and courses to improve the safety and awareness of senior road users and novice drivers.

“The force has also invested in new technology, such as the Ranger Concept Device which is used to tackle speeding in hotspot areas which have been previously difficult to enforce. In the first 17 weeks since it was introduced, this top-of-the-range piece of kit assisted officers in capturing 2,621 speeding offences. The funds recouped from these potentially life-saving operations are then reinvested in resources and operations to make our roads even safer – from breathalyser kits to Kid’s Court sessions and Bikesafe workshops.

“It is important to highlight, as this report does, that making our roads safer is not solely a job for the police. While enforcement of the law to improve safety on our road network is crucial, better engineering of our roads and greater education of road users are vital if we are to reduce the danger to the public who use the roads and we need the collective support of all our community safety partners if we are to achieve this.”

HM Inspector of Constabulary Matt Parr said: “Our inspection suggests that roads policing, despite the number of road deaths plateauing and likely to increase, is seen as less of a priority than it should be. We found that almost half of local crime plans didn’t include reference to roads policing. This, along with an unclear national strategy, is doing little to help reduce the number of deaths and life-changing accidents which occur on our roads.

“Spending on roads policing has been cut by 34% resulting in fewer officers dealing with offences that cause road deaths. However there is a clear, and pressing, need for government, police and crime commissioners, chief officers, and the College of Policing to recognise the importance of roads policing in reducing death on the roads. We have made recommendations to help the police improve the effectiveness of roads policing in England and Wales. In doing so, we are clear, roads policing is not optional.”

Find out more about the work of the Merseyside Roads Safety Partnership.