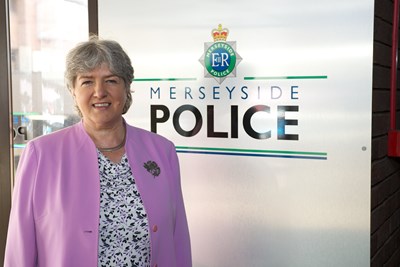 The Police Commissioner for Merseyside Jane Kennedy has welcomed yesterday’s grant settlement announcement from the government.

Jane said “I welcome the government’s award to police budgets which fulfils the Prime Minister’s commitment to increase the numbers of police officers in England and Wales and signifies an end to austerity for the police service. I must give credit where it is due, I am pleased that the government have at last listened to police leaders, the police unions and staff associations and to Police Commissioners and have accepted that our police service has been cut too far.

“Although there remain cost pressures that must be managed, this grant settlement means that Merseyside Police’s Chief Constable can recruit 200 more police officers next year, with the expectation that more grant funding will be provided over the next three years to recruit a further 460 police officers by 31st March 2023. This builds on the growth in police officer numbers that began last year.

“Merseyside Police will receive £23million pounds more in direct grant than they were allocated last year, which will go to cover the costs of new officers and staff, for example uniforms, vehicles, office space, salaries and pension payments.

“The settlement does not, however, allow for inflationary pressures including for example, pay awards agreed last year. Instead the government expect that police commissioners will use the powers invested in them to raise the local council tax to cover such costs and enable the budget to be balanced without cutting costs in areas which have been cut to the bone during the years of austerity.

“I will ask the public of Merseyside to join me in welcoming the new police officers to our streets and also seek the public’s support for an increase in the police precept, that part of the council tax which is dedicated solely to the police budget. For Merseysiders that will mean an increase of £10 per year for residents in Band D properties, or 19p per week. A majority of Merseyside residents live in Band A properties and for them it will mean an increase of £6.67 per year, or 13p per week.”

Further details are set out below.

The Police Commissioner has to set the police budget soon.

She wants your views on  if you would be willing to contribute an extra 19p a week in your council tax  to enable the Chief Constable to recruit 160 new police officers next year, as well help balance the budget and protect jobs?

Without the extra funding the Commissioner will have to reduce the budget, the recruitment of new officers can’t
go ahead and the Chief Constable will be required to cut back on the service again.

Take part in the survey now
Continue to Merseyside PCC