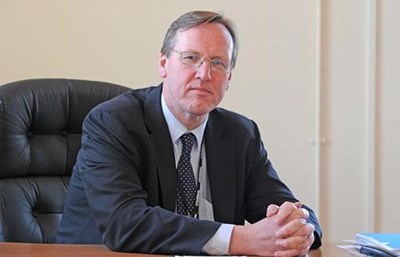 Merseyside’s Police Commissioner has today (3rd April) announced the preferred candidate to be her Deputy during the coming year with the aim of adding resilience to her office.

Jane Kennedy has confirmed her choice to take up the role of her new Deputy Police Commissioner is the former Leader of Wirral Borough Council, Phil Davies.

Mr Davies will go before the body which scrutinises the Commissioner’s decisions, the Merseyside Police and Crime Panel, at a virtual confirmation hearing next Thursday, 9th April, when they will review the appointment and consider his suitability for the role.

The Panel are required to hold a confirmation hearing within three weeks of being notified of the Commissioner’s preferred candidate and they will provide a public report with their recommendation.

Former Chair of the Liverpool City Region Combined Authority, Mr Davies stepped down as a Councillor for the Tranmere and Birkenhead ward in 2019 after serving the people of the Wirral for 28 years. In his new role, he will work with the Commissioner, deputising when necessary.

Jane said: “As many people know, my plan was to retire in May but due to the unprecedented emergency that the epidemic has caused and the subsequent cancellation of PCC elections, I now have to remain as Merseyside’s Police and Crime Commissioner until May 2021.

“The role of PCC is too important to the smooth running of Merseyside Police for it not to be carried out in the event that I was not able to. I am therefore taking steps to underpin my resilience and enable the duties to be carried out through periods of emergency and uncertainty.

“I am delighted that Phil Davies has accepted my invitation to assist me through this period. Phil has a long and distinguished record as a public servant, serving the communities of the Wirral as a local councillor for the Birkenhead and Tranmere Ward for 28 years and seven years as the Leader of Wirral Council. He also chaired the Liverpool City Region Combined Authority, comprising the leaders of Sefton, St Helens, Halton, Knowsley, Liverpool and Wirral local authorities. He played a central role in negotiating the region’s devolution settlement with the government.

“Phil’s knowledge and experience of working locally, regionally and nationally will be an enormous advantage to Merseyside Police and to me. He is perfectly placed to provide the resilience, stability and continuity required in these challenging times.

“It would be impractical and unsafe to conduct a normal recruitment process consisting of advertising the post, shortlisting and interviewing. I acknowledge that this is a decision without precedent but I believe and hope that the Panel will agree that Phil has the skills, political understanding and experience in delivering public services to make him a solid candidate for this role. He would hold the post until my next effective date of retirement in May 2021.

“This decision will now be reviewed by the Police and Crime Panel and I look forward to receiving their assessment of this appointment next week.”

Mr Davies said: “I am thrilled to have been selected as the Commissioner’s preferred candidate for the role of Deputy Police and Crime Commissioner. I am passionate about delivering good public services and championing the interests of the communities I represent, ensuring they have a strong voice and their views are listened to and acted upon.

“This was at the heart of my work as a Councillor and Council leader for the Wirral and it is the approach I would bring to this role, supporting and working alongside the Police Commissioner representing people from across the whole of Merseyside.”

Mr Davies would join the Commissioner’s office on a part time basis, working three days a week for a salary of £32,718.

The Police Reform and Social Responsibility Act 2011 provides Police Commissioners with the statutory power to appoint a Deputy. There is no specific guidance or criteria on the process and it is entirely up to the Commissioner who is appointed and how the selection is carried out.