Raising awareness of the silent 999 system 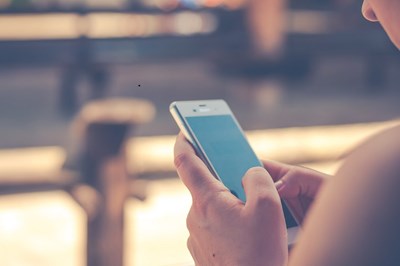 Merseyside’s Police Commissioner is supporting a national campaign to raise awareness of a system which helps people alert police when they are in imminent danger but unable to speak.

Jane Kennedy is joining Merseyside Police in encouraging people to become familiar with the Silent Solution, which enables a 999 mobile caller who is too scared to make a noise, or speak, to press 55 when prompted – to inform police they are in a genuine emergency.

The system enables all 999 callers, to access support in the manner described, but it is important that a noise is made or that 55 is pressed. For example if you can only make  noise, such as tapping the handset, coughing, crying or even talking to the offender, then these actions will alert the attention of the BT operator.

The system is long-established in the UK but is only effective if the public know and understand how it works. It could, in extreme situations, potentially save a life and could be particularly valuable at the current time when households are in isolation as a result of the Coronavirus pandemic.

Merseyside’s Police Commissioner Jane Kennedy said: “The Silent Solution was designed to tackle hoax calls, but it can play a vital role in getting emergency assistance to people who are in real danger, especially in these particularly challenging times when victims of crime may be even more isolated than usual.

"The system only works if people know it exists and know how to use it, giving them a voice even when they can’t speak out.

“That’s why I am pleased to be supporting Merseyside Police in publicising this system at this crucial time and urging organisations, community groups and families across Merseyside to spread the word about silent 999 calls.”

Detective Superintendent Sue Coombs, from Protecting Vulnerable People, said: “There is no suggestion that there has been a rise in the number of calls in relation to domestic abuse on Merseyside but we aware that we are currently in unprecedented and challenging times and that people may feel particularly concerned about the circumstances they currently find themselves in.

“We want to be able to relieve some of that concern by reassuring people that domestic abuse remains a priority for the Force and our specially trained officers will continue to be there for people to offer help and support and to investigate allegations of abuse thoroughly and professionally.

“We would always advise that if someone is in immediate danger they should dial 999 and speak to an operator but we also accept that in times such as this when households are self-isolating that openly speaking is not always an option.

“The Silent Solution is a service which means a vulnerable person can call 999 and alert us, without making a sound, that they need our help and we will respond.

“If they do not want to contact the police at this time then I would urge people not to remain quiet but to get support from other agencies or speak to friends and family about what is happening.”

Last year, a campaign to promote the Silent Soluton was support by the family of murder victim Kerry Power. Prior to her murder, Kerry believed that if she made a silent 999 call she would not need to speak or make a noise for police to send assistance. Sadly her call was terminated and was not put through to the police control room because she did not know to use the Silent Solution 55 prompt.

Kerry made her silent 999 call in the early hours of 14 December, 2013 when her ex-partner and stalker broke into her home. She did not respond to the BT operator’s instructions and her call was transferred to the Silent Solution system. As 55 was not pressed, the call was terminated and Devon and Cornwall Police were not notified of Kerry’s call. Her ex-partner David Wilder called police later that morning to report he had fatally strangled her.

It is not true that police will automatically attend if you make a silent 999 call. Callers need to listen and respond to questions and instructions, including by coughing or tapping the handset if possible, or if using a mobile phone, once prompted by the automated Silent Solution system, pressing 55.

Take a look at a 'How to Guide' to use the Silent Solution.

Further support can also be found at these national agencies:

Advice on how to handle arguments from Relate

If you have been a victim of crime and need help or support please visit the Victim Care Merseyside website.