Schizophrenia in spotlight at PCC seminar 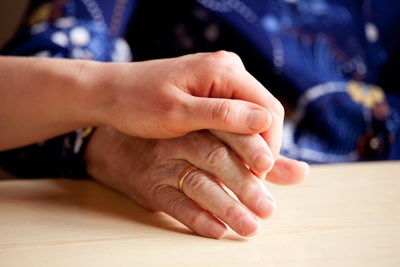 A major seminar aimed at better equipping frontline responders to help people affected by schizophrenia has been hosted by the Police Commissioner’s team.

More than 160 ‘bluelight responders’ from Merseyside Police, Merseyside Fire and Rescue Service, the North West Ambulance Service, the Coastguard and a host of other community safety agencies attended the event which was run by Jane Kennedy’s office in partnership with the University of Liverpool.

It is the sixth mental health seminar run by the Commissioner during the last two year, with the aim of giving those who are on the frontline of care the skills to help the vulnerable people they are called out to help.

The seminar, held at Merseyside Police Headquarters in Canning Place yesterday, aimed to provide an overview of schizophrenia, the treatment which is available and the issues to consider when working in the criminal justice field.

Attendees heard from the University’s Professor of Psychology Peter Kindermen who spoke of the common perceptions of schizophrenia and provided advice on the best ways to respond to and support people living with the long-term mental health condition.

“This seminar was held to help equip those who are on the frontline of public service with the knowledge and skills to be able to care and support people in crisis in the most effective way.

“Very often people in mental health crisis are not committing crime, yet the police are the first port of call for help. Our police officers will never turn their back on somebody in need, despite the demand this places on the police service, but they need the skills to know how to provide the best possible care. That’s why these seminars are so crucial.

“I’m pleased that representatives from so many other organisations were also able to take advantage of this awareness-raising event today and I hope that it was beneficial to all those who attended as they return to work serving the people of Merseyside.”

Representatives from the probation service, CAMHS, Addaction and professionals from the social services departments of the region’s local authorities were all among the audience.