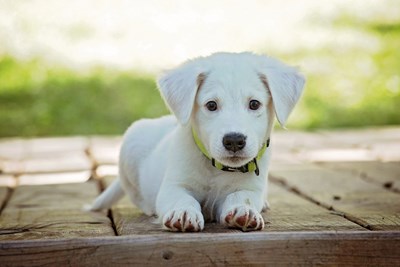 More than three-quarters of dog owners who responded to the survey say they are more worried about walking their pet due to their fear it will be stolen, a national survey supported by the Police Commissioner has revealed.

A total of 124,729 people responded to the online survey, including more than 10,000 from the North West (Merseyside, Cheshire, Cumbria, Greater Manchester and Lancashire), with more than 96% of those agreeing that dog theft is a “serious problem”.

Almost 87% of respondents believed that the current maximum sentence for theft of seven years should be reviewed so that those who steal companion animals face stiffer sentences.

The survey, led by the Association of Police and Crime Commissioners (APCC) and promoted by the Police Commissioner, Jane Kennedy, comes amid growing evidence that dogs have become a target for criminals.

Key findings from the survey:

There was also strong support for changing the law to reflect the emotional impact of having a pet stolen.

At present, dog theft is not defined as a specific crime, with dogs classed as ‘property’ under the Theft Act 1968.

If caught, the penalty for stealing pets is generally a small fine or suspended sentence, with the Pet Theft Reform campaign reporting that in recent years only 1% of dog theft crimes have led to a prosecution.

According to the survey, 87% said that where pets provide their owner with companionship, sentencing guidelines should reflect this and disagreed that the theft of a pet should be categorised under property theft.

Merseyside’s Police Commissioner said: “The response to the survey has been huge and it reveals just how concerned people have become about the possibility of their family pet being stolen.

“Our dogs are a cherished part of the family and the loss of a pet is always heart-breaking.

“We know very few people are currently prosecuted for pet theft and those who are often receive a sentence at the lower end of the scale. The results of this survey indicate that the public want to see tougher sentences for those that carry out this crime, hoping this will act as a deterrent.

“Thank you to those from Merseyside who took part in this survey which elicited such a huge public response.”

The survey, the largest ever conducted by PCCs, was conducted online via Survey Monkey and ran for three weeks from 19th February to 12th March. It was advertised across social media through PCC’s channels nationally, via other Government bodies, the mainstream media, Neighbourhood Watch networks and charities such as Dogs Lost also helped in the promotion. The Office of the Sussex PCC collated the results with the APCC.

Click here to see a summary of the results.