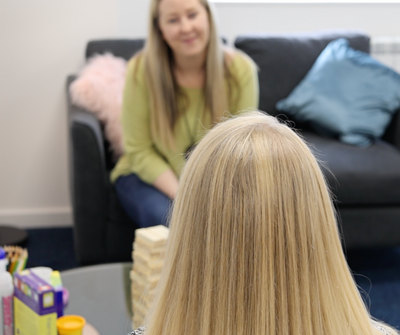 A huge cash boost of more than £2.2m to enhance and expand community-based support for survivors of domestic abuse and sexual violence has been announced by the region’s Police Commissioner today.

Emily Spurrell confirmed the three-year funding injection, which totals £2,235,738, after visiting one of the successful recipients, Knowsley domestic abuse charity The First Step, to give them the good news in person.

The Huyton-based organisation has been allocated £250,000 from that pot to run a host of weekly therapeutic programmes aimed at supporting survivors and their families, helping them to rebuilding their confidence and recover from the trauma they have experienced, as well as working to raise awareness of domestic abuse across the Borough to encourage more victims to report.

The First Step are one of nine grassroots domestic abuse charities which will benefit from the extra money, with six sexual violence charities also receiving additional funding to increase and expand the support they can provide to those in most need.

Merseyside’s Police Commissioner Emily Spurrell said: “This huge cash boost for our brilliant community-based support services is fantastic news for victims and for communities across the region.

“It was a real treat to visit The First Step in Huyton to deliver the good news to them in person.

“Our grassroots charities are on the frontline of support, providing life-saving and life-changing care to some of the most vulnerable victims of crime in our communities.

“These organisations are hugely dedicated, yet they are often desperately stretched and, as a result, are forced to spend much of their valuable time fund-raising just to make ends meet.

“This major cash injection will come as a huge relief to them and significantly increase their capacity to support those who need it most.”

First Step’s Chief Executive Caroline Grant said: “This additional funding has come at a critical time for survivors of 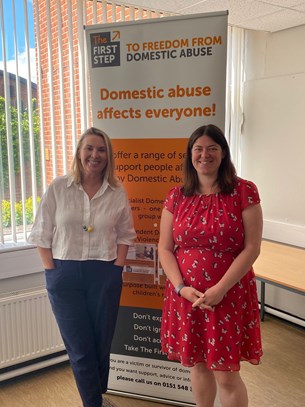 “Demand and need continues to rise and this funding means we can respond to those in crisis more effectively, and ensure survivors are able to receive key interventions and ongoing support that will make a difference to their safety and quality of life.”

The new funding pot was secured from the Ministry of Justice (MoJ) in addition to the annual grant the Commissioner receives to run her specialist Victim Care Merseyside service, enabling her to further enhance and expand the support the available to some of the most vulnerable victims across the region.

To allocate the funding, the PCC appealed to community-based organisations across Merseyside to bid for additional funding. She then carried out an extensive due-diligence panel to review all the bids and decide how and where the money could make the biggest difference across Merseyside.

Emily Spurrell added: “Victims of sexual violence and domestic abuse deserve the best possible care and support to help them recover from the traumatic ordeal they have suffered. Through this additional funding we can reach even more victims and ensure they get the support they need in their local community.

“It’s particularly pleasing the Ministry of Justice finally listened to our calls and released this funding on a three-year basis. This will give these frontline organisations the stability and security to offer the best possible service to victims of crime and free them up from time-consuming fund-raising to concentrate on the vital job of supporting those in need.

“We received 24 bids requesting more than £5m of funding in total and while this is a huge investment, my only regret is that I wasn’t able to give funding to every organisation which applied, all of which are doing great work in their communities.

“I’d like to thank my Commissioning team and all the partners who worked so hard on this successful bid which will make such a big difference to thousands of people across Merseyside over the next three years.”

The organisations who have been awarded additional funding to support victims of sexual violence include the Commissioner’s Victim Care Merseyside partners, RASA, RASASC, Catch 22 and Savera UK, as well Changing Living and the Granby Somali Women’s Group

If you have been affected by crime, please visit www.victimcaremerseyside.org for information, advice and the details of more than 70 organisations on hand across Merseyside which can offer you support.

Please find details of all the successful grants below: