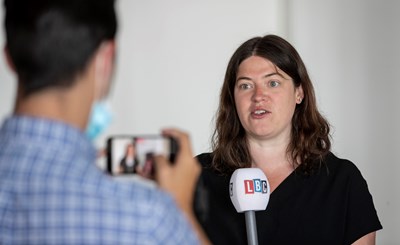 News that Boris Johnson was finally going to bow to overwhelming pressure and resign as Tory party leader will have come as a huge relief to people across our region, and the entire country yesterday.

It’s been a humiliating week for him and his party; more than 50 resignations, countless statements of no confidence and even his brand-new Chancellor and Education Secretary turning against him.

Boris broke the law. Laws he had set.

He rewarded someone who displayed predatory sexual behaviour.

He lied and lied again about his actions.

And he got many others to perpetuate those lies.

It’s always been clear that Boris is unfit to govern our country. He has been protected and defended for far too long, by a party which was clearly willing to accept lies, deceit and scandal.

His colleagues are now rushing to put their names forward to take over as leader, but so many are tarred with the same brush. How can we have any confidence in their ability to govern when they have been so complicit in his dishonest, shameless behaviour?

In 12 years of Tory rule, we have seen the most devastating cuts to public services, crime rise, youth services decimated, and we’re now beset by the worst cost of living crisis in 50 years.

We deserve a strong leader who will govern with honesty, decency and integrity and the best interests of the country at heart. We also need a leader who will prioritise policing and public safety, give Merseyside Police back its missing 456 officers and reinvest in vital services that help to keep our communities safe.

A new Prime Minister is not enough. We need a fresh start.