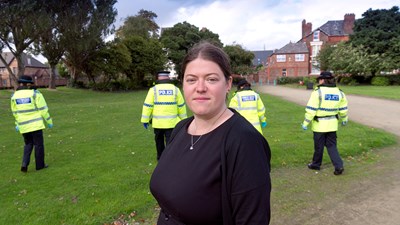 She said: “This strategy was supposed to be a grand plan for cutting crime and building a safer country.

“In reality, it is superficial and populist. Boris has announced a series of measures he hopes will grab the headlines, but do nothing to actually tackle the root causes of crime.

“The idea of publicising league tables for answering calls is overly simplistic, hugely divisive and ill-informed.  A busy urban area like Merseyside has completely different demands and challenges to a leafy, rural shire area. Calls need to be answered appropriately, not just quickly.

“Since 2010, this Government has decimated our police service and our criminal justice system. While finally, after years of protest, this is slowly being reversed, the Government is now putting a whole range of hugely-demanding additional requirements on to the shoulders of our police service and our partners, yet without the sustainable investment they so desperately require to deliver it.

“This announcement comes on hot on the heels of the launch of the Government’s new Violence against Women and Girls (VAWG) strategy which similarly laid out a whole range of extra responsibilities yet failed to provide the funding for them.

“Frustratingly, Ministers only briefed Police and Crime Commissioners and Police Chiefs just hours before they publicly launched this strategy. Where was the consultation? Surely they should have been listening closely to those who are working to build safer communities day in, day out, if they want to make changes which will actually have an impact.

“This strategy is yet another example of emperor’s new clothes – it fails to address the big issues and shows Boris is all soundbite, no substance.”