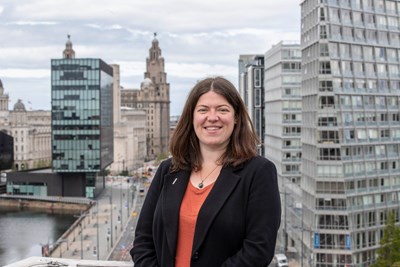 PCC Emily Spurrell has today welcomed a report published by Her Majesty's Inspectorate of Constabulary and Fire & Rescue Services (HMICFRS).

“I welcome this positive report from the independent inspectors from HMICFRS. This report is particularly significant given Merseyside volunteered to be a pilot force for a new, more extensive type of inspection.

“This report confirms Merseyside Police is effective at dealing with its core business of preventing and deterring crime, responding to the public and protecting vulnerable people.

“Inspectors have rightly recognised that police here in Merseyside investigate crime well, are good at managing offenders and are planning effectively for the future.

“It is particularly pleasing that Merseyside Police’s work to disrupt serious and organised crime has been assessed as ‘outstanding’ yet again. The fact it is one of only three forces to receive this grading out of 18 which have received their assessments so far highlights just what an achievement this is. Inspectors also identified some areas of success and innovation, including the way Merseyside Police handles firearms, works with partners to recognise and assess vulnerability, and engages with its communities about how money seized by criminals should be best used.

“I recognise that inspectors have also identified three areas as requiring improvement, two of which relate to the service it offers to victims of crime. It is vital that Merseyside Police provides the right response, every time to victims of crime and I know this is what the Chief Constable is committed to delivering.

“I know a significant amount of work has already been undertaken to address the issues highlighted and I will support the Chief Constable to make the changes needed, ensuring through my scrutiny processes that Merseyside Police continues to make progress in the way it responds to the needs of victims, records decisions when victims withdraw their support for investigations, and in how it responds to priority calls.

“Overall, this independent report has found Merseyside Police continues to be one of the top performing police forces in the country – a positive assessment achieved against a backdrop of austerity, which means Merseyside Police is still missing 456 officers from the number it boasted back in 2010. That is testament to the professionalism and dedication of the Chief Constable and her senior team and all the officers, PCSOs and staff who work so hard to serve our communities.”