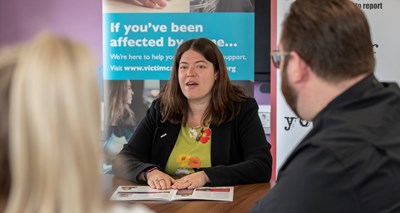 Merseyside’s Police Commissioner has today welcomed a detailed Labour Party Green Paper which sets out plans to end violence against women and girls.

Emily Spurrell has welcomed the Party’s proposals which would toughen existing sentences for perpetrators of rape and stalking, create new specific offences for street sexual harassment and the practice of landlords asking for sex in lieu of rent, as well as introducing bold measures to reverse record low conviction rates for rape.

The wide-ranging, cross-departmental approach sets out a long-term response to tackling the misogyny that underpins the abuse women and girls face at home, in the street, at school, college and university, in the workplace, and online.

“This Green Paper from the Labour Party is very welcome. It sets out clear, effective proposals to deter offenders, prevent crime and increase the safety and security of women in all walks of life.

“I am particularly pleased to see a commitment to improving the support offered to victims through the criminal justice process. This is something I am committed to improving here in Merseyside. I have also laid out my plans to set up a Victims’ Panel to give survivors a greater voice and to establish a region-wide taskforce to tackle violence against women and girls.

“Through these plans, Labour is showing that gender-based violence is top of its agenda. It’s time this government did the same.”