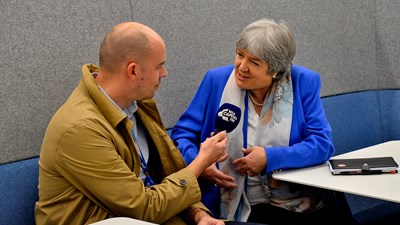 PCCs were first introduced in 2012 to replace Police Authorities. They are directly elected to be the voice of the people and deliver an effective and efficient police force in their area.

The two-part review will get underway in the summer, with the second stage due to take place following the PCC elections in May 2021.

It will include looking at what extra powers PCCs need to better fight crime in their areas.

Merseyside’s Police Commissioner Jane Kennedy said: “I join my PCC colleagues around the country in welcoming this review. PCCs have now been in office for two full terms, plus the additional time caused by the postponement of the elections due to the coronavirus epidemic.

“This seems a fitting and appropriate time to review the role of PCCs, reflect on the progress made over the last eight years and assess how the role should continue to be developed going forward.

“The role has already changed considerably since I was elected as Merseyside’s first Police Commissioner in 2012, particularly in regards to the responsibility for victim services, and there are good examples of PCCs being incorporated into regional mayoral structures.

“PCCs have been able to drive forward changes that our predecessors in the Police Authorities were simply unable to deliver. Here in Merseyside, I have saved more than £1m ever year on the scrutiny and oversight of the police, while simultaneously improving transparency.

“I look forward to an open dialogue with the Government about how the work of PCCs can be further shaped and expanded to address and meet the needs of our police forces and communities going forward, while further increasing the visibility and awareness of this important role.”

The review will not consider scrapping the PCC model, nor will it review the 43 police force model. Read about the Government review.