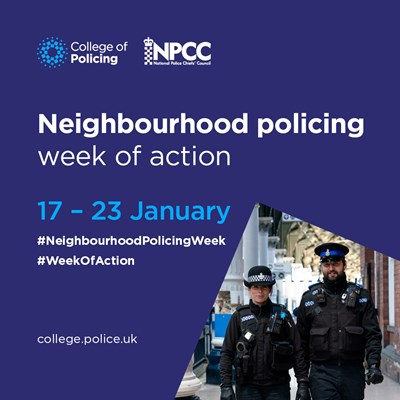 Today marks the first Neighbourhood Policing Week of Action which aims to recognise and showcase the work that local police officers, PCSOs and Specials do in communities across England and Wales.

To mark the week, I took time to visit the YMCA Wirral to hear in more detail about a fantastic project between staff there and the local policing team which is helping to rejuvenate the area.

The testimony from the YMCA’s CEO Nigel Hughes was compelling.

He described how the work of the local policing team had “transformed this corner of the Wirral”.

He praised local officers for their efforts to really engage with his staff and residents, helping them to address and tackle the underlying issues which caused them to lead chaotic lives and ultimately drove them to commit crime.  He spoke of reduced drug dealing in the neighbourhood, healthier community relations and activities which were bringing people together in a way that had never happened in the past.

After concerns were raised with me on a walkabout in Claughton with residents and local Councillors a few months earlier, it was fantastic to hear what a difference the work had made in improving the local area and ensuring residents feel safe in such a short amount of time.

The work of Inspector Alan McKeon and his team is a great example of the difference neighbourhood teams can make, working alongside the community and local partners like the YMCA, housing and the youth sector.

Not just arresting people once a crime has been committed, but taking time to find the cause of the issue and ‘problem-solve’ to prevent crime from happening in the first place.

This is an approach both the Chief Constable and I are committed to embedding within Merseyside Police.

In the last two years, we have recruited 660 new officers.

While this still doesn’t take us to the total we had in 2010, it’s a really positive step forward.

I know how much people across Merseyside want to see these officers on their streets, in their communities, working with them to tackle local issues.

My challenge to the Chief Constable will be to make sure these new officers are as visible and proactive as possible – learning from experienced officers like Insp McKeon to listen and respond to the needs of the communities they serve to make them as safe as possible.