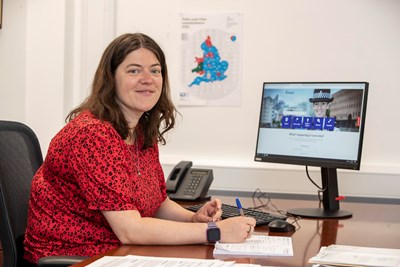 The Independent Office of Police Complaints (IOPC) has today published its annual data on deaths during or following police contact.

The data provides valuable insight and opportunity for learning about the circumstances behind deaths in custody. In 2020/21, of the 19 people who died in or following police custody 14 were known to have alcohol and/or drugs dependencies, and 12 had mental health concerns. There were also 54 apparent suicides following police custody, over two thirds of which involved people with known mental health concerns.

“Whilst today’s report is evidence of the high levels of public transparency rightly applied to policing in England and Wales, each of the tragic deaths in 2020/21 represent much more than a statistic.

“It is clear people entering police custody are highly vulnerable and often have acute needs, which is why police guidance and training to effectively identify vulnerability should be maintained.

“The high levels of vulnerability present within police custody demonstrate the clear need for PCC-led Independent Custody Visiting schemes, which are made up of community volunteers who visit police cells unannounced to check on the welfare of detainees, highlighting risks and concerns in real time and providing public assurance.”

“PCCs will review the IOPC’s important data and ensure policing and partners are made aware of learning to prevent further deaths in the future. We will also raise the report with national stakeholders in our capacity as APCC leads.”