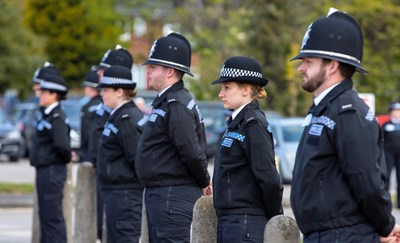 The Police Commissioner’s plans to balance Merseyside Police’s budget for the year ahead have been unanimously approved by the body which scrutinises her work, the Police and Crime Panel.

Emily Spurrell is responsible for setting the budget for the force, including the local ‘police precept’ which is the part of council tax which is ring-fenced to support local policing.

The Government announced in late December that Police and Crime Commissioners (PCCs) would be expected to raise the police precept by up to £10 a year for a Band D property in 2022/23. This equates to £6.67 or 13p a week for a Band A property – the rate paid by the vast majority of council taxpayers in Merseyside.

Following a public consultation in which 59% of people of a representative sample of more than 1,200 people across Merseyside supported contributing a little extra to help support local policing, the proposal was presented to the Panel by the Commissioner at a meeting also attended the Chief Constable, Serena Kennedy.

The Commissioner and Chief Constable explained to Panel members that, with careful planning, they had been able to accelerate the Force’s recruitment drive over the last two year to get 665 new officers trained and on to the streets of Merseyside – well ahead of Government targets.

The Chief Constable also detailed how the additional funding raised through local council tax had helped the Force to tackle local priorities and keep communities safe, by putting new officers into local policing and proactive teams and by focusing on cyber and digital crime. The additional officers include a suite of 24 new schools’ liaison officers who are already making a difference through youth intervention work to stop young people entering the criminal justice system.

The additional £4.7m of funding generated through the precept this year will help to protect police staff and PCSO jobs in the year ahead, with a further £3m of savings still needing to be made.

Merseyside’s Police Commissioner Emily Spurrell said: “I was elected on a clear mandate to do everything possible to help Merseyside Police and our region to rebuild and strengthen after a devastating decade of austerity.

“It is deeply frustrating that ministers have once again pushed a greater burden for paying for an essential service like the police on to the shoulders of local council taxpayers; people who can least afford it, but who are clearly incredibly supportive of their local police service and want to help.

“While the last thing I wanted to do is ask local people to contribute a little extra, especially after two particularly challenging years, my hands were tied. The Government left me with the stark choice – raise local council tax or face yet further cuts to our service.

“This increase is essential if we are to make sure Merseyside Police continues to grow. We have recruited a total of 665 officers in the last two years. Some are already walking the beat keeping our communities safe and the rest will join them very soon, preventing crime, protecting the public and maintaining safety.

“Passing this budget, supported by some careful financial saving and planning over the year ahead, means we can maintain those officers, and the staff and PCSOs we need to support them while putting the force in the best possible position to keep our communities safe.

“It is clear that people want to see people officers on their streets, on their roads, in their communities, keeping people safe. Thanks to their support, and that of the Panel, this budget will help to deliver that.”

Emily added: “Preventing and tackling crime cannot be delivered on the cheap. The responsibility for providing the appropriate leave of funding for a big urban force like Merseyside should lie squarely with central government.

“I ardently wish the Government had fully funded this increase, instead of imposing it upon local taxpayers, but Merseyside Police are still 456 officers short of the numbers it had in 2010. Without this budget, there would have been even greater pressures.

“I will continue to do everything I can to lobby central government for the funding for those missing 456 officers.”

The Commissioner put her budget plans to the Panel after a three-week consultation during which a representative sample of more than 1,200 people were asked for their views. A total of 59% of respondents said they would be willing to pay an extra 13p a week towards policing. Only 21% of people said no to an increase, with 9% unsure and 11% of respondents not paying council tax.

At the meeting, the Panel endorsed the Commissioner’s budget plans and committed to write to the Home Office to raise their concerns about the Government’s decision to shift the burden of paying for the police from central taxation onto the shoulders of local council taxpayers.

Now the Police and Crime Panel have approved the Commissioner’s plans, she will ask the region’s local authorities to implement the increase, which will come into effect from 1st April 2021.