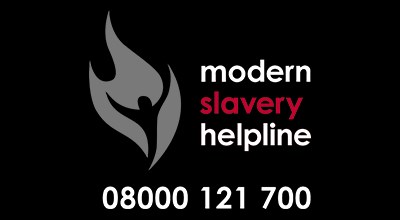 Merseyside’s Police Commissioner has welcomed an independent report released today in response to a super-complaint submitted by Hestia about the police response to victims of modern slavery.

Emily Spurrell commented following the release of the report produced by Her Majesty’s Inspectorate of Constabulary and Fire & Rescue Services (HMICFRS), the College of Policing and the Independent Office for Police Conduct (IOPC) which found that, whilst the police response to modern slavery has broadly improved since a 2017 HMICFRS modern slavery inspection, there is still inconsistency throughout forces, and more needs to be done to recognise and support victims of slavery, and to ensure that these crimes are investigated effectively.

The report finds that modern slavery victims do not always receive the response and treatment they deserve, and there is not enough support for victims during modern slavery investigations.

Merseyside’s Police Commissioner Emily Spurrell said: “Slavery was abolished in the UK more than 200 years ago, but the sad reality is that it is still taking place in towns and cities across the globe, including right here in Merseyside.

“The true scale of this complex crime still remains hidden, which is why it is essential that police officers and staff, as well as other frontline public and private sector organisations, are trained to spot the warning signs and know how to recognise and support victims.

“This report, produced by HMICFRS, the College of Policing and the IOPC, shines a very welcome light on this issue, and highlights that more can still be done to improve the detection of modern slavery and the support offered to victims to help them to cope and recover in the aftermath of the trauma they have suffered.

“It is clear there have been significant steps forward since the last review in 2017, with inspectors reporting an improved approach to how investigations are carried out and support is provided, but nationally there are still inconsistencies and this report provides clear recommendations as to how we can further build on this progress.

“I welcome the recommendation for Police Commissioners to work with Chief Constables to understand the needs of victims and ensure there are options for support before and after National Referral Mechanism (NRM) referrals, as well as alternative provision available for those declining NRM referral. I have put this on the agenda for my next one-to-one with the Chief Constable so we can discuss how we ensure this is delivered consistently here in Merseyside.

“The reality is that the police cannot tackle this issue on their own, which is why I am also committed to renewing Merseyside’s Modern Slavery Network to ensure as a region we have a joined up approach to identifying victims of slavery quickly and are able to build up the intelligence picture so those who traffick vulnerable individuals can be brought to justice.

“I join the calls from the Victims’ Commissioner and others for the Government to finally introduce the long-awaited Victims’ Law which would bring greater awareness of the rights of victims and enshrine these in legislation. High quality support for those who have been trafficked is essential, yet nationally support services for modern slavery victims remain chronically under-funded. I hope this report will act as a catalyst to encourage greater resourcing of support services from central government.

“I will also work with communities across Merseyside to highlight the prevalence of modern slavery and ensure the public too can help us in the fight against this evil trade. As part of this work, I am delighted that the Freedom Bus is coming to Liverpool this weekend to drive awareness of Modern Slavery, encouraging local people to know how to spot the warning signs and know how to report their concerns to the Modern Slavery Helpline.”

The HMICFRS report was produced following a super-complaint submitted by Hestia in 2019 about how police identify, deal with and support victims and how modern slavery crimes are investigated.

A super-complaint is a complaint that “a feature, or combination of features, of policing in England and Wales by one or more than one police force is, or appears to be, significantly harming the interests of the public (Section 29A, Police Reform Act 2002). The system is designed to examine problems of local, regional or national significance that may not be addressed by existing complaints systems.

Responding to the super-complaint, HMICFRS carried out a range of activities including fieldwork in six forces, including Merseyside Police, discussions with experts and organisations with extensive knowledge of modern slavery, and a review of information provided by police forces and other public bodies.

The report recommends that the Home Office, chief constables, the Independent Anti-Slavery Commissioner, victims’ commissioners and the Crown Prosecution Service (CPS) work together to better understand victims’ experiences and what improvements they need to make.

To find out more about the warning signs of Modern Slavery or to report your concerns visit the Modern Slavery Helpline on https://www.modernslaveryhelpline.org/ or call 08000 121 700.

Read the full report: The hidden victims - Report on Hestia’s super complaint on the police response to victims of modern slavery