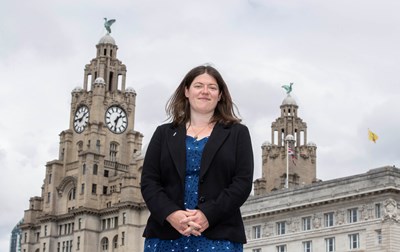 Emily Spurrell was given the role of Deputy Lead for the two portfolios by the Association of Police and Crime Commissioners (APCC) at their Annual General Meeting.

The roles will see her teaming up with the portfolio leads to work with the government, particularly the Home Office and Ministry of Justice, on issues of national significance.

Taking on the criminal justice portfolio, Emily will work alongside Hertfordshire Police and Crime Commissioner David Lloyd raising issues of national significance to try and create a fairer and more effective criminal justice system. Emily is keen to work to ensure victims and survivors are at the heart of the process.

For the mental health and custody portfolio, she will team up with Surrey Commissioner, Lisa Townsend, to encourage new and innovative initiatives to support those in mental health crisis and ensure custody processes are as streamlined and effective as possible and standards upheld.

This portfolio will also involve working with partners including the Independent Custody Visiting Association (ICVA), Her Majesty’s Inspectorate of Constabulary and Fire and Rescue Services (HMICFRS), the Department for Health and Social Care and NHS England and among others.

Merseyside’s Police Commissioner Emily Spurrell said: “Recent reports by independent inspectors have shown that sadly too many victims are still being let down by our criminal justice system.

“I am passionate about driving improvements to build a more effective and efficient system which ensuring victims are prioritised, protected and get the justice they deserve. Their views must be at the heart of the CJ system, if we are to drive radical change securing the confidence of victims going forward.

“Scrutiny of the criminal justice system is also crucial if we are to cut reoffending, reducing the number of victims and keeping our communities safer. I will also be taking a close look at improving the situation around female offenders and focusing on how we can divert offenders away from the CJ system.

“We also need urgent action if we are to clear the huge backlog of cases in the crown court, which are causing lengthy delays and increase the risk of victims and witnesses withdrawing from the process altogether.

“Focusing on the mental health and custody portfolio will enable me to identify best practice to support vulnerable people, inform the government’s mental health legislation and continue the push to ensure anyone in mental health crisis can be taken to place of safety, rather than a cell.

“I hope that through these portfolio roles, I will be able to drive standards nationally, while also bringing learning and best practice back to Merseyside to further improve the service offered to our communities.”

Emily is Chair of Merseyside’s Criminal Justice Board which brings together criminal justice agencies on Merseyside with a view to joining up criminal justice processes across a range of areas. She also runs the region’s Independent Custody Visiting scheme which sees volunteers makes unannounced visits to police custody suites to observe, comment and report on the conditions under which people are detained in force custody suites, checking on their wellbeing and welfare.

The role of a portfolio lead allows for sharing good and evidence-based practice amongst other PCC’s, initiates setting priorities, developing policy, and driving activity as well as shaping the approach of government and other key agencies.

Find out more about the work of the Association of PCCs.