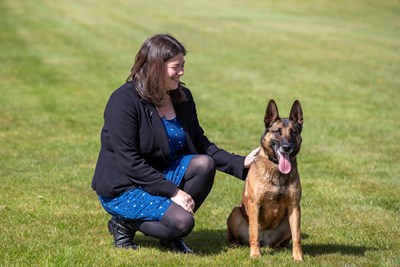 Merseyside’s Police Commissioner has today welcomed the news that pet abduction is to be made a criminal offence in England.

At present, dog theft is not defined as a specific crime, and is instead classed as a loss of an owner’s ‘property’.

This introduction of this new law recognises the emotional distress it can cause when someone’s pet is stolen and that most people do not categorise their pet as property.

The proposal is one of a string of recommendations made by the Pet Theft Taskforce – set up to tackle an increase in incidents during lockdown.

It also follows the results of a survey run by the Association of Police and Crime Commissioners (APCC) and promoted in Merseyside which elicited a huge response – with nearly 125,000 people taking part nationally and 10,000 from the North West.

The consultation found strong support for changing the law to reflect the emotional impact of having a pet stolen.

Merseyside’s Police Commissioner Emily Spurrell said: “We are a nation of dog and pet lovers and the results of the APCC survey clearly show that we don’t view our cherished companions merely as ‘property’.

“The survey also highlighted how concerned people are about the possibility of having their beloved family pets stolen.

“As a dog owner myself, and having spoken to many others, I welcome the introduction of this new law. I hope it will act as a deterrent to those who would carry out this callous crime and ensure perpetrators are appropriately punished.”

The taskforce also looked at measures such as requiring proof of identification for all online pet adverts, and allowing owners to register their dogs with police, including photos and DNA as well as contact and microchip information.