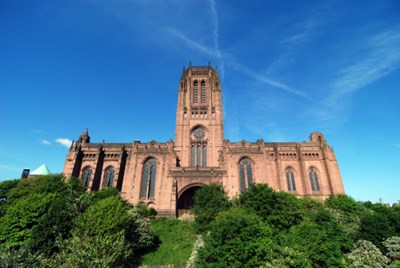 All road crash victims are to be remembered in a special ceremony attended by the PCC in Liverpool today (31st August 2022).

RoadPeace North West, the road crash victims charity, is inviting those who have been bereaved or injured through road crashes, together with those who support them, to the remembrance event in the Lady Chapel of Liverpool Anglican Cathedral, St James’ Mount, L1 7AZ, on Wednesday, 31st August 2022, starting at 2pm.

During the service, flowers will be laid in remembrance of loved ones who have died and photographs of them will be shown. A minute’s silence will be held during the ceremony.

The service will be attended by the Police and Crime Commissioner Emily Spurrell, Merseyside Police's Supt Clare Jenkins and police cadets, dignitaries as well as families and friends of those killed and injured on our roads.  Bootle MP Peter Dowd who lost his daughter in a road crash is due to speak.

After the service, five doves will be released in memory of loved ones, as each day five people die on the roads of this country.  Following this there will be refreshments and the opportunity to talk to each other.

The remembrance takes place on the 25th anniversary of the death of Diana, Princess of Wales, who died a road crash.

Pauline Fielding, a trustee of RoadPeace and organiser of the event, believes remembrance plays a vital role in reminding society about the high number of victims and highlighting the long-term psychological impact on those bereaved or injured.

She said: “My son Andrew was killed in 1994 in a crash caused by a driver who did not stay at the scene and who was never traced. Since then, I have campaigned for justice for him and to help reduce dangers on the road where he died, to help prevent others experiencing the loss of a loved one.

“That day changed my life and that of so many others. I was helped practically and emotionally by RoadPeace. I urge all those bereaved or injured by road crashes, together with those who support them, to join us at the remembrance.”

Merseyside’s Police Commissioner Emily Spurrell said: “RoadPeace’s annual service of remembrance is a poignant opportunity to remember those who have lost their lives through road traffic crashes and their loved ones.

“So many people are affected by each and every death and it is vital that as a community we show they are in our thoughts and that support is always available.

“This annual service also acts as a stark reminder that we must continue to do everything possible to prevent further tragedies all year round.”

RoadPeace has a special helpline number, 0845 450, 0355 and more information about the organisation can be found on the website www.roadpeace.org.