Honour based violence (HBV) is a violent crime or incident that has occurred to protect or defend the honour of the family and/or community.

It’s often committed as a result of family members who mistakenly believe someone has brought shame to their family or community that isn’t in keeping with their traditional beliefs of their culture.

The law and Honour Based Violence, forced Marriages and FGM

Acts carried out in the name of honour such as violence, forced marriage and female genital mutilation is illegal in the UK. There is a maximum seven year sentence on indictment for forced marriages, and a maximum sentence of five years for breaching a Forced Marriage Protection Order (FMPO).

Anybody found guilty of an offence under the Female Genital Mutilation Act 2003 will be liable to a maximum penalty of 14 years imprisonment or a fine or both.

If you are a victim of honour based violence, there are lots of organisations that can offer you help and advice. 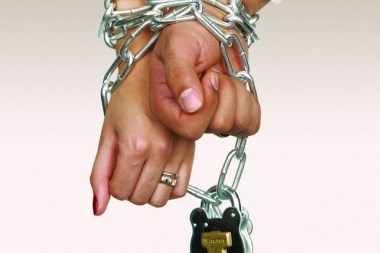 Merseyside Police will investigate all reports of honour based violence, forced marriage and FGM. They have a specialist team of officers who will listen to you and work with you to keep you safe and investigate any criminal actions.

If you do not wish to speak to the police, the Commissioner works with Liverpool-based charity Savera UK to provide fast, non-judgemental and confidential support to anyone affected by ‘honour’-based abuse and harmful practices, regardless of age, culture, sexuality or gender.

You can also contact any of the following organisations:

Charity for children and young people who are at risk or subject to honour based crimes/ forced marriages.

If someone is in immediate danger, you should always call 999.